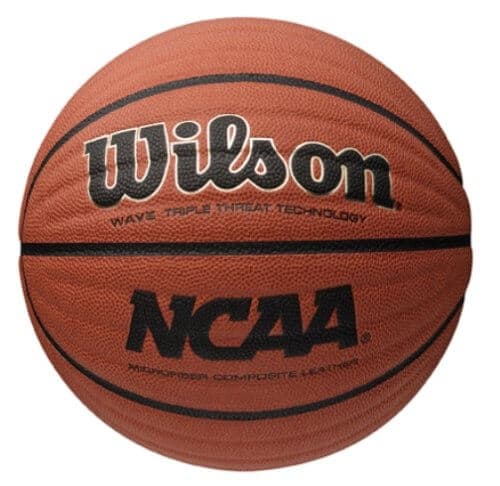 As we received our basketballs for testing, the Wilson Wave Basketball really stuck out to us.  No other ball has such a unique design and patented technology and we were excited to try it out.  It quickly became apparent that the Wilson Wave was designed with one objective: to maximize the grip of an indoor/outdoor basketball.  We feel that Wilson accomplished this goal as this ball was the easiest to palm and had the most grip out of all the basketballs we tested.  One concern that we do have is that practicing with a ball with these extra grooves will make it more difficult to transition to a typically designed basketball during games.

The Wilson Wave Basketball is fairly average in terms of its bounce and consistency.  While the ball is pretty reliable, there were instances where we felt that the ball had some errant bounces during testing.  It is hard to tell if the Waves built within the cover may contribute to this.

Based on the features and the testing that we did with the Wilson Wave, we feel that this ball will likely last about as long as an average premium indoor/outdoor basketball.  The cover feels soft but not so much as to be the equivalent as a basketball specifically meant for indoor play.  We expect that you will get two to three years of use if the ball is used on a regular basis, it may last longer with less frequent use.

The Wilson Wave Basketball is typically priced in the mid thirty dollar range, which is slightly higher than most quality indoor/outdoor basketballs.  While the Wave technology will add value for some buyers who place a high priority on basketball grip, we do not see how this technology separates this basketball from some other similarly priced basketballs such as the Spalding Replica Game Ball and the Under Armour 595 that we feel perform better overall.

It goes without saying that Wilson has come up with a pretty unique and innovative design with the Wilson Wave Basketball.  The ball is better than the average basketball we tested, but still has strengths and weaknesses that you will want to consider when making a buying decision.  We believe that this is a good choice for the majority of basketball players out there, especially those who put a high value on the grip of the basketball.