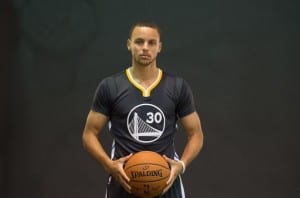 One of the more interesting stories out of the basketball world came from Ethan Strauss at ESPN about how Steph Curry ended up as the flagship athlete for Under Armour.  As was the case with most NBA level basketball players, Nike had the upper-hand when it came to landing a contract with the best player in the game.  Curry had been a Nike athlete up until 2013 when a meeting between Curry and Nike occurred that may go down as one of the most pivotal events in the modern sneaker war.  During the meeting, representatives from Nike made several errors showing their lack of enthusiasm in regard to giving Curry a serious offer.  Directly from the article:

“The pitch meeting, according to Steph’s father Dell, who was present, kicked off with one Nike official accidentally addressing Stephen as “Steph-on,” the moniker, of course, of Steve Urkel’s alter ego in Family Matters. “I heard some people pronounce his name wrong before,” says Dell Curry. “I wasn’t surprised. I was surprised that I didn’t get a correction.”

It got worse from there. A PowerPoint slide featured Kevin Durant‘s name, presumably left on by accident, presumably residue from repurposed materials. “I stopped paying attention after that,” Dell says. Though Dell resolved to “keep a poker face,” throughout the entirety of the pitch, the decision to leave Nike was in the works.” 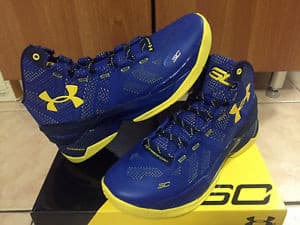 As you can read from the quote above between mispronouncing Curry’s first name to leaving in an entirely different basketball players name in the presentation it is no wonder that he jumped ship.  What isn’t in that quote is the fact that Curry had also wanted to have his own basketball camp put on by Nike, but was not selected as Nike did not view him as a top-tier athlete.  Under Armour also utilized some ingenious techniques to stick their brand in his ear when they signed undrafted rookie free agent Kent Bazemore to shoe deal and peppered him with new shoes and gear.  Bazemore went on to befriend Curry and convince him to sign with UA and the rest is history.  Now with the Warriors on the verge of breaking the single season wins record the Golden State squad and Curry in particular are the monsters of basketball and marketing.  It will be interesting to see how this plays out during Curry’s career.  Will this be Under Armour’s coming out party, similar to Nike’s during the 80’s with MJ, or will Nike continue it’s reign of dominance of the basketball sneaker world?