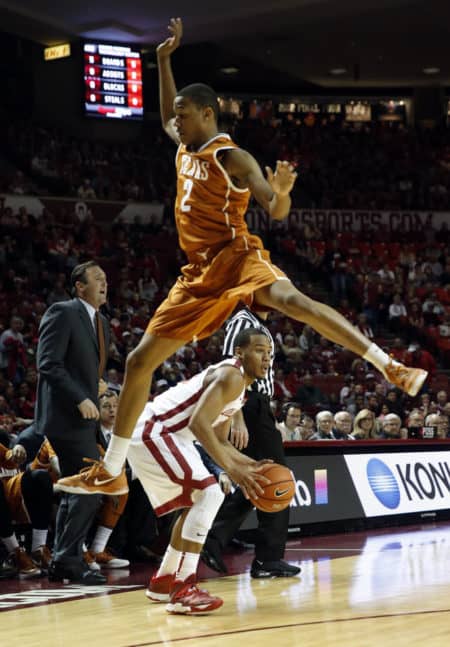 This month we are featuring the pump-fake.  The pump-fake is a fundamental basketball move that has been used for decades to confuse defenders, creating open shots.  By getting your opponent to jump on the pump-fake you will have the opportunity to either drive by them using the dribble, or to get good look at the hoop for a shot while they are in the air.

The pump-fake tends to work best against athletic defenders who are more apt to take chances (i.e. jump) in the hopes of blocking shots.  If you find yourself playing against a defender that meets this criteria then be sure to have the pump-fake in your offensive arsenal.

The pump-fake is often best used as a variation of the step-back jumper and also after collecting an offensive rebound and looking for an opportunity to put the ball back up for a score.

If you are able to get your defender in the air with a pump-fake, you also have the chance to take your shot into the jumping defender and draw a foul.  Below is a video of Dwayne Wade explaining how he uses the pump-fake.  Watch the first couple game clips and see how he shoots into the defender, working the refs, and getting to the free throw line.

Here are the steps to using the pump-fake:

As with most things in basketball, some of the simplest moves are also the most effective.  Do not try to do too much.  The more you learn about the game, the more you will find that these fundamental basketball moves are your bread and butter and lead to the best results on the court.