Basketball has a history of great personalities.  Whether they are universally beloved (Michael Jordan) or controversial (Bobby Knight), great basketball minds have a way of putting the game of basketball in simple terms that we all can understand and relate to.  By reading these basketball quotes you can gain perspective and even learn how to look at basketball, and even life, in a new way.  We have compiled fifty basketball quotes that we feel are some of the best we’ve heard.

The 50 Best Basketball Quotes (In no particular order)

“Remember that basketball is a game of habits. If you make the other guy deviate 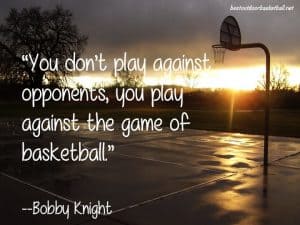 from his habits, you’ve got him” – Bill Russell

“The key is not the ‘will to win’… everybody has that. It is the will to prepare to win that is important” – Bob Knight

“I don’t know if I practiced more than anybody, but I sure practiced enough. I still

wonder if somebody – somewhere – was practicing more than me” – Larry Bird

“If all I’m remembered for is being a good basketball player, then I’ve done a bad job with the rest of my life.” –Isiah Thomas

“I will not let anything get in the way of me and my competitive enthusiasm to win.“-Michael Jordan

“Teamwork is the beauty of our sport, where you have five acting as one” – Mike 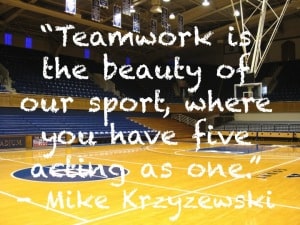 “I’ve missed more than 9000 shots in my career. I’ve lost almost 300 games. 26 times, I’ve been trusted to take the game winning shot and missed. I’ve failed over and over and over again in my life. And that is why I succeed.“-Michael Jordan

“All the successful teams I’ve ever seen have three characteristics: They play unselfish, they play together, and they play hard.“-Larry Brown

“Everyone is born with a certain potential. You may never achieve your full potential, but how close you come depends on how much you want to pay the price.“-Red Auerbach

“Winning teams at the NBA level, the college level, and the high school level all play 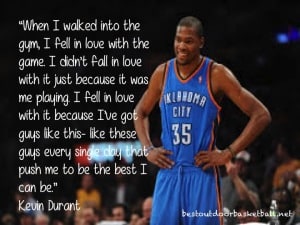 team basketball. Championship teams have five players on the same page at all times.“-Hubie Brown

“Everything negative — pressure, challenges — are all an opportunity for me to rise.“-Kobe Bryant

“If you are afraid of failure you don’t deserve to be successful!“-Charles Barkley

“I’ve got a theory that if you give 100 percent all of the time, somehow things will work out in the end.“-Larry Bird

“A key basketball skill is imagery. The best players “see” situations before they happen so they can be prepared” – Dr. Jack Ramsay

“The one thing I learned about myself going back and watching tapes of all the losses that we’ve had is that I’m physically capable of doing this and dominating the game, but the mental part was not there. I don’t know if it comes with age, but I had to learn to be mentally tough.” – Lisa Leslie

“Be led by your dreams not by your problems.” – Roy Williams 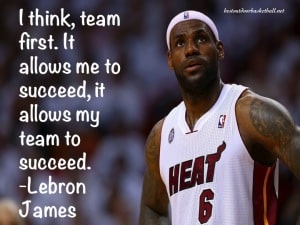 “The true measure of a man is how he treats someone who can do him absolutely no good.” –Ann Landers

“Good, better, best. Never let it rest. Until your good is better and your better is best.“– Tim Duncan

“My goal is to win the next game one possession at a time. That’s it. I don’t have any other goals” – Brad Stevens

“I have a plan of action, but the game is a game of adjustments” – Mike Krzyzewski 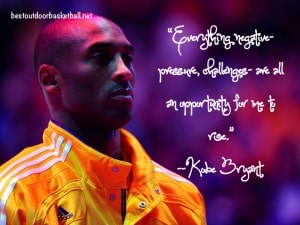 “If it turns out that my best wasn’t good enough, at least I wont look back and say that I was afraid to try” – Michael Jordan

“Some say you have to use your five best players, but I found out you win with the five that fit together best as a team.”-Red Auerbach

“Bottom line, you’re either a risk taker, or your not, and if you don’t take risks, you’ll never win big.”-Geno Auriemma

“If you’re going to have to beg them to play, it’s not going to work.”-Chuck Daly

“I think, team first. It allows me to succeed, it allows my team to succeed.“-Lebron James

“I can’t relate to lazy people. We don’t speak the same language. I don’t understand 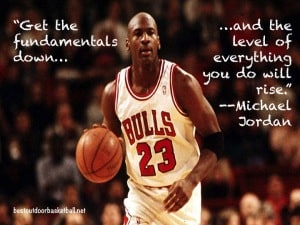 you. I don’t want to understand you.”-Kobe Bryant

“In developing teams, I don’t believe in rules. I believe in standards. Rules don’t promote teamwork, standards do” – Mike Krzyzewski

“Admit to and make yourself accountable for mistakes. How can you improve if you’re never wrong?” – Pat Summitt

“You can’t always be the most talented or gifted person in the room, but you can be the most competitive.“-Pat Summit

“I can’t stand a ballplayer who plays in fear. Any fellow who has a good shot has got to take it and keep taking it. So he misses – so what?” – Red Auerbach 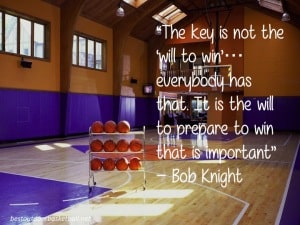 “I know that I’m never as good or bad as any single performance. I’ve never believed my critics or my worshippers, and I’ve always been able to leave the game at the arena” – Charles Barkley