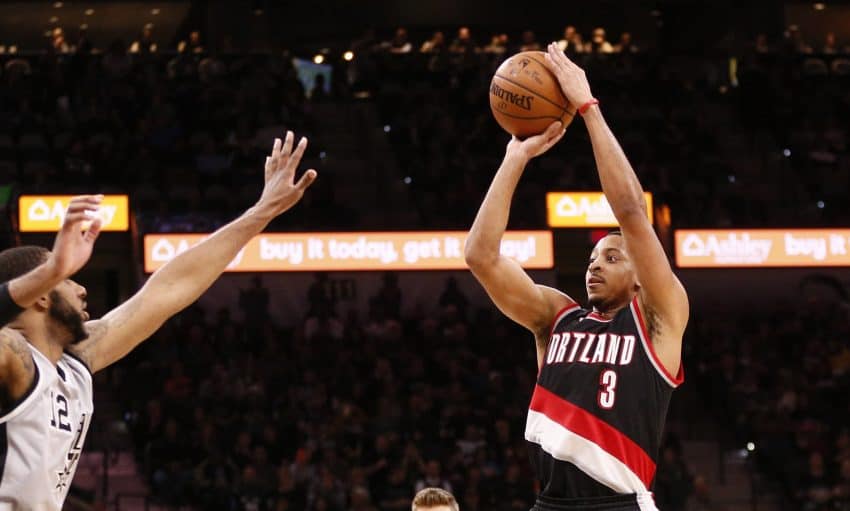 Every Player Can Benefit from Improving Their Shot

Anyone who has ever played basketball for a team knows that each player has their own role.  Some players are scorers, others are rebounders, and some are distributors.  No matter what role you fill, it will benefit both yourself and your team by working hard on becoming a better shooter.  This can help give your team an offensive boost and help you increase in the points per game department.

Making more shots is the single most effective way to become a better player.  Below we have selected five drills (no training aides required) that we know can make you a more accurate shooter that you can begin working on today.

1. Stand about 5 feet away from the hoop
2. Focus on the each of the five steps of good shooting
3. Release the shot while making sure to follow through
4. Repeat until you become comfortable with each step and you can shoot the ball smoothness and accuracy

We have already discussed the five main steps that lead to great shooting.  Now we want to help you take this a step further by showing you how to work on these steps so you develop muscle memory.  In the video I take shots that are too far away from the hoop so I would actually suggest you be a step or two closer to the hoop when practicing this drill.  The emphasis when doing form shooting should be on going through the five steps of good shooting.  Once you become comfortable you can begin to speed up your shot.  Another tip is that once you have the steps down to begin jumping on your shots with this drill to teach shooting touch and feel when taking shots close to the hoop.

1. Line up at any place on the court where you want to work on your shot
2. Hold the basketball with your back to the basket
3. Jump and do a 180 degree spin so that you are now facing the basket
4. Jump again and go through the shooting process making sure to use good technique and follow through
5. Try to make 8 out of 10 attempts or better

While going out and shooting a basketball without someone defending you will make you more accurate, you may find it difficult to transition into a game situation when you don’t have all day to get your shot off.  This drill helps to replicate this by limiting the amount of time you can look at the hoop when shooting.  It also helps with agility, timing, and balance.

1. Shoot a three from the top of the key
2. Run to get the rebound
3. Dribble and the give yourself a backspin pass outside of three point line
4. Catch the ball and shoot a three
5. Rinse and Repeat
6. Shoot 10 shots per set, try to make at least 50% or more depending on your skill level

FYI- An important note on this drill.  If you are a younger player who cannot shoot from three with good technique then take a step or two inside the three point line until you can do the drill properly.  No need to practice bad habits 🙂

Shooting three’s with potency has become a huge part of the game.  Being a great three point shooter will make you an invaluable asset to your team and will lead to a great many scoring opportunities.  Developing the strength and endurance it takes to shot threes consistently takes time and effort.  This drill works to build both of these by requiring you to put up a lot of deep shots quickly and by running all over the court.

The five spots drill will help you become a more consistent shooter from different areas of the court.  By varying the five spots you are shooting from you’ll be sure to eliminate any weaknesses you have shooting from a particular spot on the court (baseline, elbow, key, etc.).

1. Shoot from Five Lines (Each Side of Baseline, Two Elbows, Key)
2. Five Spots in Each Line
3. Must make each shot in the line consecutively to advance to next line
4. If you miss a shot you must start from the beginning of the line
5. Goal is to finish all five lines in under 2 minutes

Ray Allen is one of the greatest shooters in the history of basketball.  So, when he does a shooting drill on a regular basis all players looking to make their shot better should take notice.  This drill enhances agility, accuracy, and speed in a timed environment. 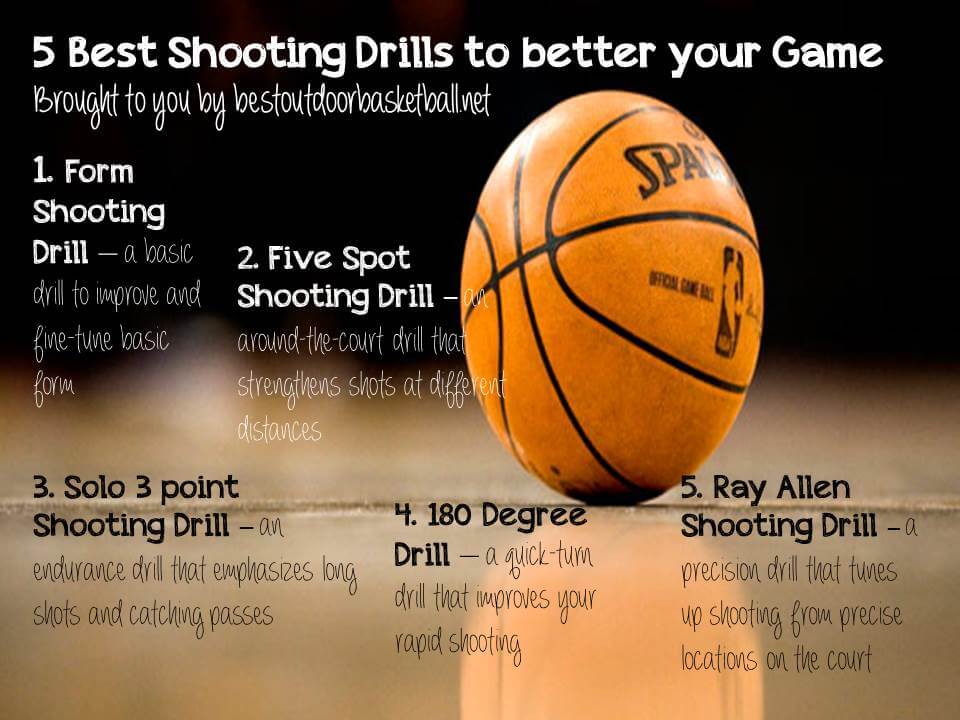